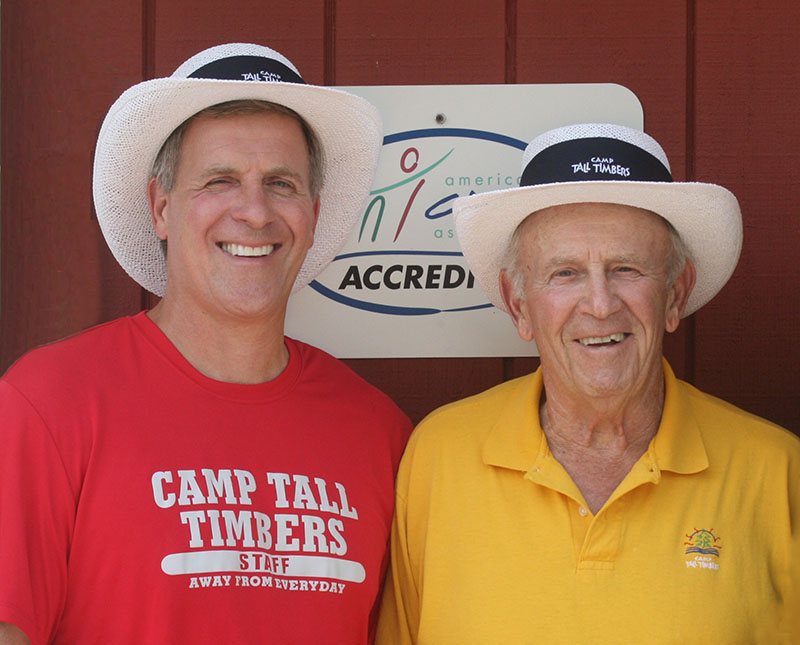 Camp Tall Timbers opened in 1970 with founder Jerry Smith at the helm. Jerry purchased the 120 acre property and developed camp from the ground up. He has seen more than 10,000 campers thrive during their summers at CTT! Now a part-time administrator at CTT, ”Uncle” Jerry has handed the reins over to his son, Glenn Smith.

Today Camp Tall Timbers is directed by the next generation of the Smith family, Jerry’s son Glenn Smith. Glenn not only grew up at CTT, his birth was announced over the loud speaker at camp in 1962! Glenn lives at camp all summer and in the off-season resides with his family in Frederick, MD.

Glenn has been a camper, CIT, and counselor at Tall Timbers. He became the owner and director in the late 1990’s. Now as a father and husband, he is proud to give his own children the experience of camp. “I cannot begin to describe the impact that camp has had on my life,” Glenn says. “The diversity of skills I have gained and the many great campers, counselors, staff and parents I have had the privilege to be involved with is indescribable.” 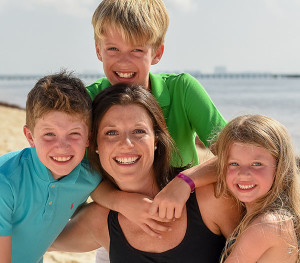 Clare was born in England and moved to the U.S. with her three children and husband in 2012. Clare’s university training in early childhood development, plus her professional experience in daycare staff training and educational recruitment, led to her to join Camp Tall Timbers in 2013, assisting in the recruitment of seasonal staff.

“Combining my “Mummy” experience with my experience in recruitment, I feel well placed to make decisions about which applicants will nourish and nurture our campers, meet our program goals, and also grow personally in the job,” Clare says. “There is nothing more satisfying than working with fantastic staff. It’s what we expect for our campers and I love being a part of that vital process!”

Camp Tall Timbers has a 4 -1 ratio of campers to staff.

Each summer much our staff is made up of returning employees or former campers who are now in college.

The entire team at Camp Tall Timbers is a wonderful mix of teachers, coaches and college students. Each staff member is carefully selected for their teaching expertise in a given activity area, their personality, as well as their interest in working with children.

All staff members report to camp several days ahead of our campers so that they may go through our Counselor Institute. At Counselor Institute we thoroughly review daily responsibilities, situations that may arise, expectations for staff conduct and emergency procedures. Additionally, by the time our campers arrive, our staff has reviewed all the information about their individually assigned campers as provided by their parents. This is one more way we strive to ensure a safe, fun and personalized camp experience.